Identification of symbiotic bacteria in the midgut of the medically important mosquito, Culiseta longiareolata (Diptera: Culicidae) 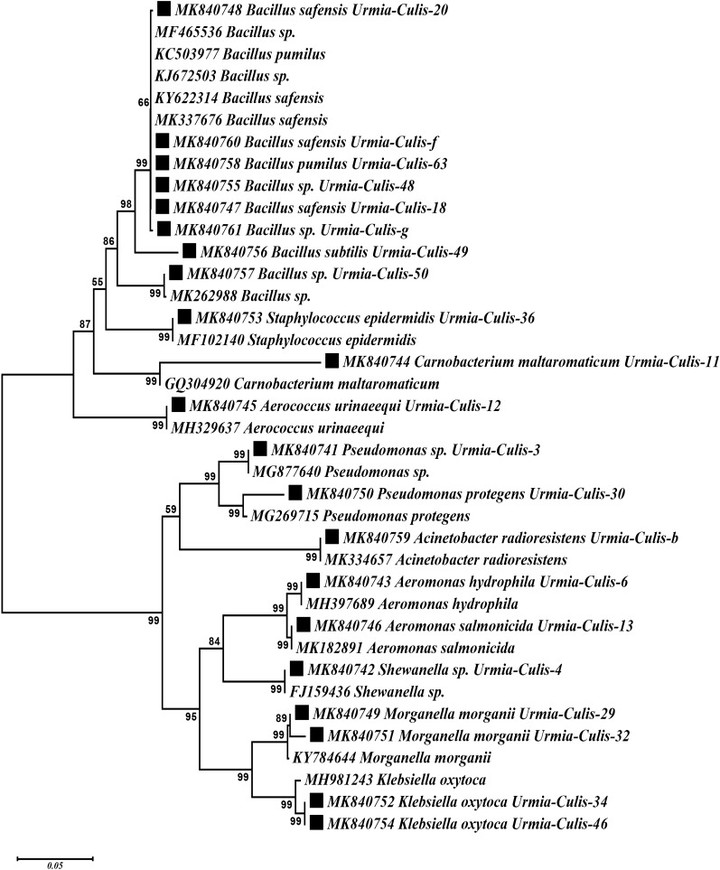 The potential use of symbiotic bacteria for the control of mosquito-borne diseases has attracted the attention of scientists over the past few years. Culiseta longiareolata is among the medically important mosquitoes that transmit a wide range of vector-borne diseases worldwide. However, no extensive studies have been done on the identification of its symbiotic bacteria. Given the role of this species in the transmission of some important diseases and its widespread presence in different parts of the world, including northwestern parts and the West Azerbaijan Province in Iran, a knowledge about the symbiotic bacteria of this species may provide a valuable tool for the biological control of this mosquito. Accordingly, the present study was conducted to isolate and identify the cultivable isolates bacterial symbionts of Culiseta longiareolata using 16S rRNA fragment analysis.

The midguts of 42 specimens of Cs. longiareolata were dissected, and the bacteria were cultured on agar plates. After the purification of the bacterial colonies, 16srRNA region amplification and gene sequence analysis were performed, and the sequences were confirmed by biochemical methods. In the present study, 21 isolates belonging to the genera Acinetobacter, Aerococcus, Aeromonas, Bacillus, Carnobacterium, Klebsiella, Morganella, Pseudomonas, Shewanella and Staphylococcus were identified.